Lighting a grid of LEDs by using multiplexing consists of providing current to them row by row (or columns by column). In this way the LEDs are not lit 100 % of the time. For 8 rows the current to a 'ON' LED is flowing only 1/8 = 12.5 % of the time.

Below is an example schema. The rows and columns are controlled by shift registers to reduce the number of needed GPIO pins. 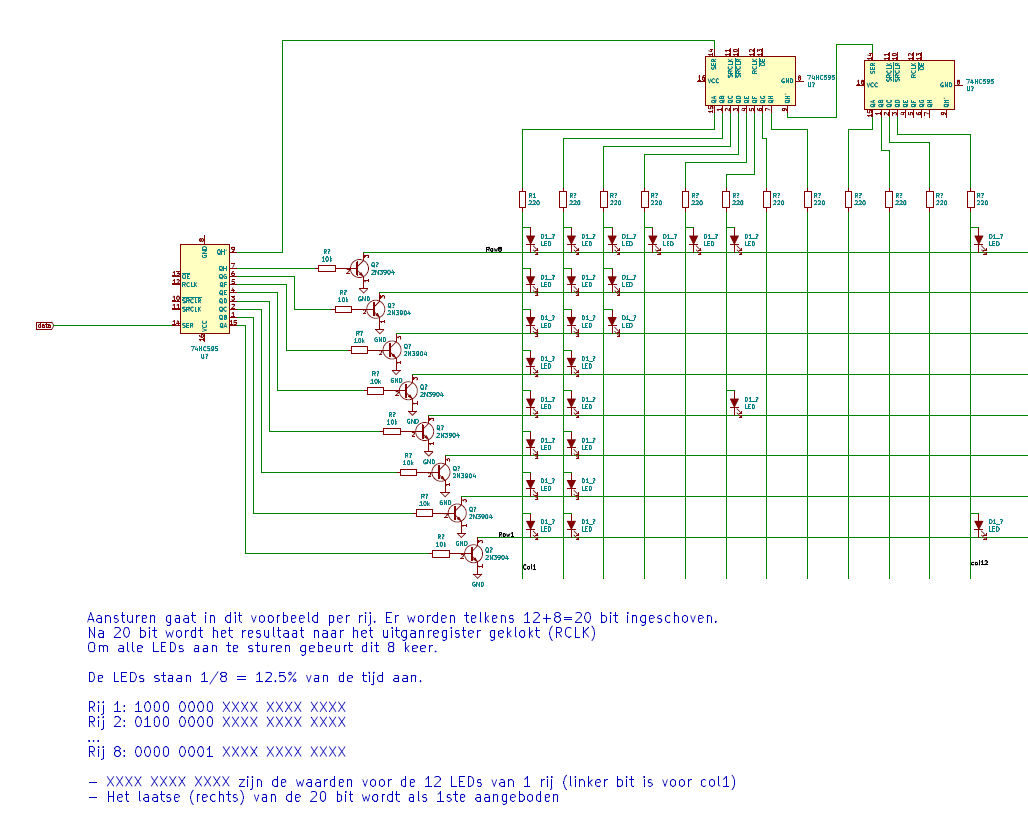 A simplified version of this circuit (no transistors but higher valued resistors) was implemented on a breadboard to control a 8×8 LED matrix.

The shift registers were fed by an Arduino Nano. The code is shown below.